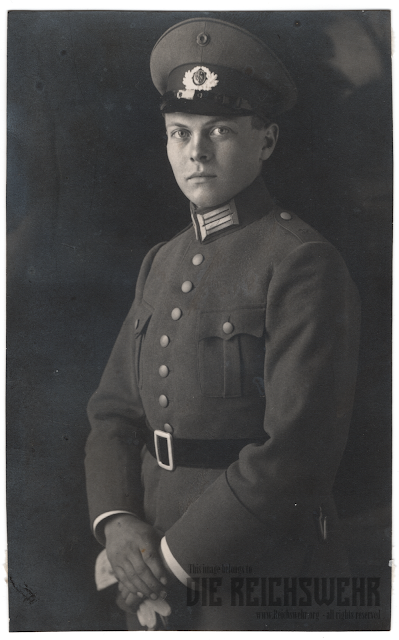 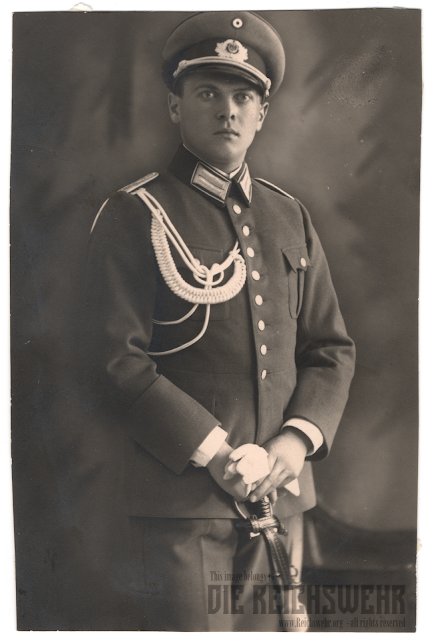 On these two photos we can see mr. Eugen Frei, who was later Bürgermeister, Mayor, from Stockelsdorf in the district of Ostholstein.

On the first image he appears dressed as enlisted, and in the 2nd he was already Zahlmeister, paymaster, that is a civil servant on the German Reichswehr, considered as officer.

at January 02, 2021
Email ThisBlogThis!Share to TwitterShare to FacebookShare to Pinterest
Labels: Beamte, Portrait

Welcome to my very humble collection. I've started collecting studio portraits from Reichswehr members on April 2020.
Do not expect a huge collection or quality items, you will just find some portraits, what does show the uniforms from the Reichswehr.
I'm still learning and studying about this period so you may find several mistakes and poor explanations. Sorry about that.
I hope soon I can improve.
And the las apologize will be about my english. If do you find mistakes on it, it is because It is not my native language and I'm just on learning process.
Thanks to visit this web and I hope you can enjoy it.

If you want to contact me don't hesitate and write a mail to me:
info@reichswehr.org